NBA elections: To be or not to be? 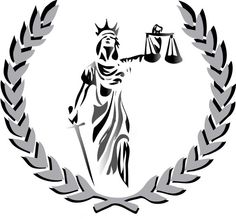 Barring any hiccups, Nigerian lawyers will this weekend elect national officers to run the affairs of the Nigerian Bar Association (NBA) for the next two years. JOSEPH ONYEKWERE in this report examines the issues involved in the forthcoming election and the challenges confronting its conduct.


According to a revised time-table released by the Electoral Committee of the NBA (ECNBA) led by Mr. Ken Mozia (SAN) the election is scheduled to hold on Saturday, July 30 and Sunday, July 31, 2016.
However, for the first time in a long while, the NBA General Elections have been overshadowed by controversies and hiccups even before the first ballot is cast, culminating in a lawsuit aimed at stopping the polls, pending the determination of the matters in issue. Although the suit was filed before Justice Mary Anenih of FCT High Court, it has since been transferred to Justice Olukayode Adeniji who is now saddled with the duty of determining whether the troubled elections should proceed.
It is recalled that NBA President, Mr. Augustine Alegeh, SAN had announced the commencement of campaigns for the elections during the NBA National Executive Committee (NBA-NEC) meeting in Jos last February.
Posted by Brainiack at 05:38