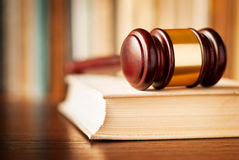 Circumstantial Evidence : This is not what you would call "smoking gun" evidence, but rather some piece of information that strongly infers a set of circumstances. For instance, video surveillance showing that the defendant was on the same city block where a crime was committed at around the same time would be circumstantial evidence.
Corroborating Evidence : Evidence that strengthens another piece of evidence, even if it is not directly related to the crime. For example, a witness claims John was at the scene of the crime at a particular time. If another witness has proof that John failed to show up to work at that same time, then it could be considered corroborating evidence.
Hearsay: This is not given under oath or offered as official evidence, but merely stated. For example, Fred says he heard that John was in a street gang; but without any evidence, Fred's statement is merely hearsay (and not admissible).
Exclusionary Rule : This rule of evidence applies to that which was obtained in violation of the defendant's constitutional rights. Seizing property without a warrant often is considered a violation and thereby subject to the exclusionary rule.
Posted by CEO/FOUNDER at 12:16