THE INGREDIENTS OF MURDER UNDER THE NIGERIAN CRIMINAL CODE. 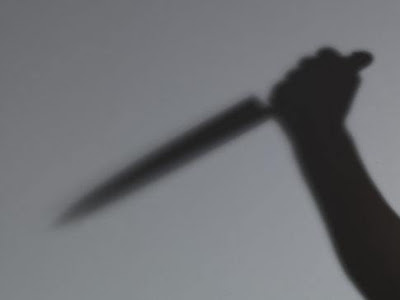 The nature of Life is such that every culture and civilization submit to its sacredness . Hence in many jurisdictions, the willful termination of the life of a human being by another human being is viewed as a grievous offence. The offence both from the viewpoint of consequences
vis-à-vis sanction is disastrous. It is disastrous in view of the fact that to kill a person, means a complete annihilation of his existence, as well as that of the murderer, if the latter’s act is adjudged to be unlawful or unjustified. Life itself is a divine gift: for God has commanded that “you must not murder.” Murder is the most heinous form of homicide carrying the severest penalty in English law – mandatory life imprisonment. The word murder has a very important symbolic and declaratory effect, and serves to convey the seriousness of the particular killing and to indicate to society the nature and quality of the offender’s crime.

Definition of murder.
The classic definition of murder is that of coke:
“murder is when a man of sound memory, and of the age of discretion, unlawfully killeth within any country of the realm any reasonable creature in rerum natura under the kings peace, with malice aforethought, either expressed by the party or implied by law, so as the party wounded, or hurt, etc. die of the wound or hurt, etc. within a year and a day of the same”[1]
However our criminal code also gives an all encompassing definition in Section 316 which  defines murder as follows:
Except as hereinafter set forth, a person who unlawfully kills another under any of the following circumstances, that is to say-
(1) if the offender intends to cause the death of the person killed, or that of some
other person;
(2) if the offender intends to do to the person killed or to some other person some
grievous harm;
(3) if death is caused by means of an act done in the prosecution of an unlawful
purpose, which act is of such a nature as to be likely to endanger human life;
(4) if the offender intends to do grievous harm to some person for the purpose of
facilitating the commission of an offence which is such that the offender may be
arrested without warrant, or for the purpose of facilitating the flight of an offender
who has committed or attempted to commit any such offence;
(5) if death is caused by administering any stupefying or over powering things for
either of the purposes last aforesaid;
(6) if death is caused by wilfully stopping the breath of any person for either of such purposes, is guilty of murder.
In the second case it is immaterial that the offender did not intend to hurt the
particular person who is killed. In the third case it is immaterial that the offender did not intend to hurt any person. In the three last cases it is immaterial that the offender did not intend to cause death or did not know that death was likely to result.

INGREDIENTS OF MURDER
For an unlawful homicide to amount to murder the following ingredients need to be present as pointed out in our criminal code via section 316.
·        intent to kill or cause grievous harm is sufficient to ground conviction.
Hence in the English case of Hyam v. D.P.P[2], where the accused jilted by her lover, out of jealousy set her new lover’s house on fire burning her two children to death, and pleading that her only intention was to frighten her out of the neighbourhood, it was held that an intention to cause death or grievous bodily harm is established if it is proved that the accused deliberately and intentionally did an act knowing that it was probable that it would result in the death of or grievous bodily harm to the victim, even though he did not desire the result. In this case a question was raised as to the nature of the intention which must be proved in order to establish the crime of murder.
Lord Hailson thought that” ….if a man, in full knowledge of the danger involved, and without lawful excuse, deliberately does that which exposes a victim to the risk of the probable grievious bodily harm (in the sense explained) or death, and the victim dies, the perpetrator of the crime is guilty of murder and not manslaughter to the same extent as if he had actually intended the consequences to follow, and irrespective of whether he wishes it.”
·        Intension to cause grievious bodily harm
Grievious harm as mentioned under the first ingredient means any harm which amonts to a maim or dangerous harm endangering life or which permanently injures health or which is likely so to injure health or which extends to permanent disfigurement or to any permanent or serious injury to any external or internal organ, member, or sense.[3]
In  R. v. Ntah[4],it was made clear that if the intention of the accused is not to cause grievous harm but so results to it. such an accused should not be convicted of murder under S. 316 (2) of the Criminal Code. That is if A intentionally cuts off B’s  hand, he has done grievious harm to B and if death results e.g from loss of blood or infection, this is murder. However where A merely intends to hit B slightly with the flat surface of his matchet and by accident he inflicts some grievious harm which causes B’s death, this is not murder but may be manslaughter.
·        Death caused by act done in the prosecution of an unlawful purpose.
. Section 316 (3)[5]says that if death  is  caused  by  means  of  an  act  done  in  the  prosecution  of  an unlawful purpose which act is of such nature as to be likely to endanger human life, the person who caused the act is similarly guilty of murder.  In order to answer the question whether “the act” and “the unlawful purpose” as contained above are the same thing, the case of  R. v. Nichols[6] is instructive. here the Circuit Court held that since the act  which  caused  death,  i.e.  setting fire  to  the  hotel,  was  also  the unlawful purpose, section 302 (2) of Queensland Criminal Code, which is similar to S. 316 of our Criminal Code, was inapplicable.
e.g supposing A intending to rape B unknowingly administers an overdose of a sleeping drug which results in B not waking up again. You find out that A never had the intention of killing B with an overdose.
What caused the death was the act of A  with the unlawful purpose of raping through the act of drugging B to rape B  and drugging someone endangers life.
So for one to be guilty of murder what should be proved is that the act not the purpose caused the death of the deceased.
In R v. gould[7]  some persons intending to procure an abortion introduced a mixture of glycerine dettol and surf into the private part of the lady. In convicting the appellant, court held that the unlawful purpose was, having abortion , then the dangerous act was the insertion of the noxious substance  to achieve abortion.
The difference between subsection (3) and the other subsection (1) and (2) is that in subsection (3), there is no intention to cause death or grievious harm but to prosecute an unlawful purpose.
Conclusively whenever an offender intends to do to the person killed or to some other person some grievous harm, it is immaterial that the offender did not intend to hurt the particular person who is killed, for the killing amounts to murder all the same. Also where death is caused by means of an act done in the prosecution of an unlawful purpose and which is of such nature as to be likely to endanger human life, it is immaterial that the offender did not intend to hurt any person. In the same way, once death is caused by an offender who intends to do grievous harm, by an offender administering any stupefying or over-powering things or by willfully stopping the breath of any person, all for the purpose of facilitating the commission of an offence or for the purpose of facilitating the flight of the offender who has committed or attempted to commit such offence, then it is immaterial that the offender did not intend to cause death or did not know that death was likely to result. The offence of murder is complete and the offender guilty.