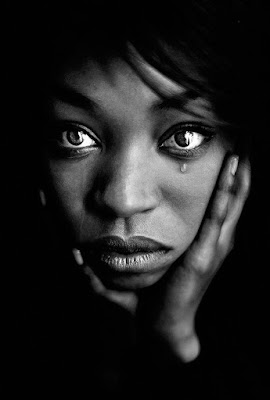 Maribel had taken extra care. The quaint apartment she shared with her husband, Philip Ndu who doubled as
her Major General was entirely spotless. She made sure to dust every surface and shine the black leather sofas to perfection. She could literally see her face in them. After that, she expertly laid out a steaming bowl of fisherman soup with neatly molded pounded yam, lump-free of course. This was how she spent her days, weeks and years.

All in service to her man, Philip.

She really could not complain about the cleaning and cooking. Her mother told her it was the pride of every woman, that their husbands were pleased with them. Also that she was setting a good example for her daughter, Tochi.  Her late mother’s favourite line was, “dutiful wife, happy home”. She had never heard that saying elsewhere; it was just her mother’s mantra she passed on. That was not the entire reason she loved to do house chores. Overtime, she learned that you had to love what you had no option to avoid. If not, depression was sure to be a faithful companion.

The workload also helped her forget. As she washed dirty khakis and school uniforms she could hardly recall her dreams of practicing law and standing before erudite judges and changing lives. She always fancied the idea of working in Legal Aid and actually working. Popular opinion was that lawyers there did nothing and earned salaries but while in LASU, she had hoped to change that. Oh but these clothes would definitely not clean themselves not to speak of ironing. She laughed at herself, how silly she was to imagine such things.

That was what Philip called her. Silly. After she weaned Tochi and expressed her desire to pick up where she left off before their marriage he laughed in her face. A hearty, ringing laugh of scorn.  “If I needed assistance in this house, I would have married a man, not a woman.  Just know your place”. With that, he turned over and went on his Samsung galaxy phone.
These words were engraved on her heart.

After he said that, she quietly went to the kitchen to cry. She had never been one to confront another. As she sat on her kitchen floor she thought of all the things she could have said like how he promised her that her dreams won’t die because of him or how he said they were equal and not independent of each other. He had lied. She had believed. How silly of her.

Eight years later she regretted only one thing, her cowardice that night. If only she had been braver and not naïve and “in love” or thinking it was a phase, her life would have been different.  Her wig and gown would not have been laden with dust.

Or what would have given her anxiety would not have been if the periwinkles were too much in the soup or if his gators were sharp enough.

She did it to herself that she was sure of.

She deserved to have her goals and aspirations relegated to the background.
However what she was certain she did not merit was his infidelity.

Her soul had been offered up to this man and he did not respect her enough to be true to her. He thought he was smart and cunning, “playing a fast one on his household wife”.  Little did he know that for the past seven months she had been aware of his standing affair with his colleague.  From her investigation she was his fourth long term relationship within their marriage. A married, working class woman who was of average appearance!

The most aggravating part was the normalcy of the woman. She could not decipher what led him into her bed.

Her name was Martha Obiandu. She was married with three children from different men.
Martha was everything her old fashioned Philip should abhor but no, he could not keep his sergeant at ease.
There was a loud domineering alpha male knock at the door that broke into her thoughts. Ah! Philip is home she thought! She looked at the food which was already laced with cyanide and skipped towards the brown bolted door.
By ANWURI SHED AKOLOKWU
To be continued.
Posted by Unknown at 11:36

Email ThisBlogThis!Share to TwitterShare to FacebookShare to Pinterest
Labels: Novels