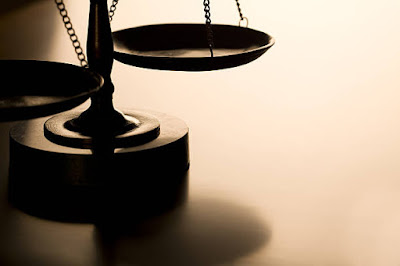 BYE-LAWS
Legislation passed by a local government council are known as bye-laws or by-laws. Many local government councils in Nigeria have various bye-laws, with aspect to matters over which they have power to make law under the constitution such as collection of rates, establishment and maintenance of cemeteries, Motor Parks, Naming of Roads,  registration of birth, death and marriages, shops sale of liquor and so forth as listed under the functions of a local government council in the 1999 constitution as amended. (Fourth Schedule of the 1999 Constitution).
DELEGATED LEGISLATION
Delegated legislation is legislation be some administrative person, authority, body or agency, under a power given by the constitution or an enabling statute permitting such administrative authority to make laws makers include
The President
Governor
Chief Justice of Nigeria and Chief Judge of the State
Ministers
Commissioner
Government misters
Department
Public (corporation, agencies, statutory bodies and so forth).
Acting under appropriate enabling statutes which empower them to make such delegated legislation.
These delegated law making are known as delegated, subsidiary or subordinate legislation. Delegated or subsidiary or subordinated legislation is usually controlled by parliament in that the proposed rules and regulation are printed and laid before parliament which may then debate them and approve them for enforcement, amend or otherwise reject it as the case may be.
These regulations when made in the stipulated manner are just as much law as the parent statute itself. They are an  indirect form of legislation and may take to form of
Statutory instruments such as regulation rules, orders and directives.
Orders in council
Bye-laws
Rules of court and so forth
CASE LAW: THE DOCTRINE OF PRECEDENT
The idea of precedent derives basically from the universal habit of mind to follow past examples. Case law is law formed from the legal principles of a case. Case law is law formed from earlier decided cases. It is law based on judicial precedent, that is the practice of following precedents or law laid downing earlier cases. Case law is law based on the principle of STARE DECISIS, which means, the practice of standing be, following or applying earlier decisions provided that the case a hand is similar to the earlier case or cases sought to be followed. Thus case law is law, according to successive like decided earlier case. The doctrine of stare decisis is the principle of English law that precedents are authoritative, binding and must be followed unless there is a reason to deviate. The doctrine of stare decisis is the requirement that court should stand by or apply an earlier correct decision. Accordingly, where there is no existing law on a matter, a judge in such an instance can go ahead and give a decision, such decision then becomes a precedent or case law which may be followed in subsequent similar cases, especially if the precedent correctly states and represents the law on such given matter. In both civil and criminal cases judges usually state the reason for their decision when giving a ruling or judgment. In future when a case involving similar facts comes before them the judges will refer to the reasons for the decision in the earlier case if the principle of law to be applied in the present case is the same, the judge will then follow the earlier decision that is the legal principles established in the earlier case. This practice of following the legal principles a law laid down in earlier cases that are similar to the case at hand causes law to be more certain and uniform in application. The law so laid down in earlier decided cases is called case law or judicial precedent as opposed to statue law which is usually codified at the instance of the relevant law marker or customary law which usually grows overtime from custom of the people subject to the customary law.
AUTHORITY OF CASE LAW
When the hierarchy of courts in Nigeria, every court is absolutely bound by the decisions of court above it. The bindingness of a decision, case or precedent is according to the hierarchy of the court that decided it. Likewise, the position in other countries, the judgment of the higher courts in Nigeria such as the supreme court at Abuja and the court of Appeal which has several division sitting in various party of the country have always commanded the greatest respect. The general rule in the Nigeria legal system which is derived from England is that the decision of the higher courts in Nigeria binds the lower courts. This the decisions of the supreme court which is the highest court in Nigeria binds all courts in the country, excepts to Supreme Court overrules the case or declares such case as a case decided.
Per incuriam (in ignorance) or a case decided based on its peculiar circumstances and which is not to be followed in other cases except where reliance is unavoidable such as, where a similar situation re-occurs.

The Constitutional of the Federal Republic of Nigeria (1999) (Amended)
Posted by CEO/FOUNDER at 18:38