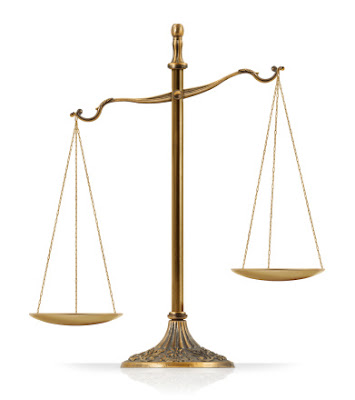 CHAPTER ONE
INTRODUCTION
Judicial review, the power of court to review statutes and governmental actions to determine whether they conform to rules and principles laid down in the constitutions. This power that was popularized by the U.S. case of Marbury V. Madison is not a prostitute but subject to some conditions before the court can unleash it. These conditions which could be either procedural or substantive or both are the care essence of the invention of the judicial review.
DEFINITION
Judicial review is the doctrine under which legislative and executive actions are subject to review (and possible revalidation) by the judiciary
A courts power to review the actions of the other branches or levels of government, especially, the courts power to invalidate legislative and executive actions as being unconstitutional.
Judicial review is the control by the court of the exercise of power by governments. In judicial review, the court among other, usually examines the decision and the procedure used arriving at the decisions
An appreciation of judicial review would be aided by the knowledge of its basis, nay, and foundation with Nigerians a case study, the foundation of judicial is deeply rooted in the Nigerian constitution 1999, furthermore, every Nigeria constitution since independent, although many are defunct, gives vent for the operation of judicial review. For clarity and simplicity, it is pertinent I adumbrate the provisions of the constitution, thus section 46 of constitution of the Federal Republic of Nigeria 1999 (as amended) hereinafter referred to as C.F.R.N 1999, states;
Any person who alleges that any of the provision of this chapter has been, is being or likely to be contravened in any state in relation to him may apply to attach court in that state for redress.
Subject to the provisions of this constitution, a High Court shall have original jurisdiction to hear and determine any application made to it in pursuance of the provisions of this section and may make such order, issue such writ and give such directions as it may consider appropriate for the purpose of enforcing or securing the enforcement within that state of any right to which the person who makes the application may be entitled under this chapter.
The above provision is mutatis mutandis, in par material with section 31 of the 1960 independence constitution.
It needs no emphasis to state that the C.F.R.N 1999 is the ground norm of the land by the provisions of S.1 which is a supremacy clause and by virtue of section 6, vested the judicial tower of the state on the judiciary.
Judicial review, like many legal terminologies, is not devoid diverse definitions. Some has defined it as the weighing of all exercise of governmental power on the scale of the ground norm by the judiciary.
For judicial review to be set in motion, there are grounds upon which it must kick start, this grounds could be either substantive or procedural.
The substantive ground
This section is concerned with grounds of review relating to the substance or content of the official decision or action that is under review. The substantive grounds are, viz:


i. The ultra vires rule (excess of powers)
When a power vested in a public authority is exceeded, acts done in excess of the power are invalid as being ultra vires. The ultra vires rule gains it survive from the constitutional system of government practiced in Nigeria. Ultra vires means “Beyond the power” “outside the power that has been given or “outside the power that one has”.
Where power is conferred, the exercise of it by the donee or authority possessing the power must necessarily be within the powers conferred on him. Otherwise, whatever is done outside, or beyond the owner conferred on the authority exercising the power is ultra vires, that is, beyond its power to do. The simplest instance of the rule is where a local council, whose capacity to act and to regulate private activities is derived from statute, acts outside the scope of that authority.
An act which is not within the power that is conferred is usually treated by court as null and void and of no effect whatsoever, under the doctrine of ultra vires.
In Gankon V. Ugochukwu Chemists Ltd, the two parties were disputing the title to a certain parcel of land. Whilst the plaintiff appellant relied on the local government council for his title, the defendant respondent relied on the State Government. The Supreme Court dismissing the plaintiff appellant’s claim held: that a local government council has no right, authority or jurisdiction to grant or vest any right of occupancy on land in an urban area or land designated by government of the state as constituting an urban area.
It is striking to note that ultra vires could be substantive or procedural. Substantive ultra vires is an exercise of power beyond that conferred by the constitution or statute. If the power exercised or act done is beyond the power or authority conferred by statute, whatever the name of the statute there is ultra views, for the doer has acted outside or beyond the power conferred on him by law.
On the other hand, procedural ultra vires is a failure to follow or observe a stipulated procedure. This is where there is a failure to follow the laid down procedure for doing a thing. Where a statute lays down the procedure to be followed in a doing a thing, a failure by a public authority or court to observe the procedure will result in procedural ultra views and court may set it aside, even though, the act was within one’s power to do .
The doctrine of ultra vires generally applies to every person and authority in a country, which inter alia includes
The president
Governor
Ministers
Abuse of discretionary power
Exercise of discretionary power involves the possibility of choosing between several decisions or course of action each of which may be lawful. However, in exercising discretion, an official or public body may (intentionally or inadvertently) make a decision or embark an action which the court considers.
As a general rule, discretion must be exercises fairly, reasonably and according to law. Therefore, where discretion is exercised improperly, arbitrarily, unreasonably, or based on irrelevant considerations and so forth, an order of court will issue against it. In Iwaji V. Fed commissioner.
Failure to Perform A Statutory Duty
A body may act unlawfully if it fails to perform a duty imposed upon it by statute. In such an instance, an order of man damns will usually he to compel the relevant authority or body to exercise the power or perform the public duty which has been neglected.

Excess and Absolute Power of the Attorney General: The constitution gives the Attorney General both at the Federal or State level an excessive and absolute power to continue or discontinue a criminal proceeding at any time which his powers is not subject to judicial review.

CHAPTER THREE
Way forward
1. Enlightenment: It is beyond argument that the bulk of Nigerians are illiterates who are majorly bordered about their daily bread. The grounds for judicial review require an enlightened and educated mind to comprehend its workability and modus operandi. The organizing of symposium and workshop by the men of the bar on ex gratia basis would go a long way to imbibe the legal process into the Nigerian mind.
2. Checkmating of the bench: It is without doubt that the independence of the judiciary is well encapsuled in the constitution yet, the judiciary is not an institution of robots which follows the instructions inculcated in it to the letter. The judiciary is a body of men and women who unfortunately are products of diverse social, political, economic and ethnic divisions. Some may turn out to be a ditch in the nobility of bench, who for personal benefits and self enrichment would sway the pendulum of justice to the highest bidder.
For judicial review to be risen, it means that there is defect in the proceedings in question. Actions should be taken to scrutinize to the dead end whether the cause of the defect was built on personal gains of the trial judge and where that is established, stringent punishment should be meted out.
3. Legislative expertise: Some of the laws or acts establishing adjudicatory bodies are clothed with ambiguity and multiplicity thereby causing the adjudicatory body to swim in the waters of confusion as to which interpretation or law best suit the circumstance and also could occasion the error law.
Furthermore, the legislative body should as much as possible amend or repeal or unify acts a laws which are document to save adjudicatory bodies from confusion.


Lluymade and Ska, cases and materials of administrative law in Nigeria, 2nd edition.