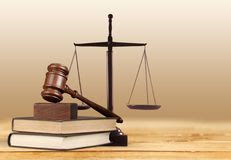 Historical Evolution of Land Law in Nigeria
Before the advent of the British Government in 1861, Nigerians operated customary land tenure system which was indigenous to the people. Like all other customs, the customary land tenure system varied from place to place and was accepted as ‘a mirror of accepted usage’, see Owoniyi v. Omotosho (1961) 1 All NLR 304 and
Kimdey and Others v. Millitary Governor of Gongola State and Others (1988) 2 NWLR (Pt. 77) 445.
The system continued after the arrival of the British Government. Although there were statutory erosions into customary law here and there, the system was allowed to maintain its essential character. See Lewis v. Bankole (1908) 1 NLR 81. Following the enactment of the Foreign Jurisdictions Act 1890 to 1913, the British Crown or government, which included Parliament and the Crown, had powers to legislate on Nigeria. A major reception legislation arising from the jurisdiction of the British Government was the Interpretation Act, Cap 89 Laws of the Federation and Lagos. By section 45 of the Act, the English Common Law , the Doctrines of Equity
and the Statutes of General Application that were in force in England on the 1st day of January, 1900 were in force in Lagos in so far as the limits of the local jurisdiction and the local circumstances permitted and subject to Federal Law. (The following statutes have been held to be Statutes of General Application in Nigeria, they include the Statute of Frauds 1677 , the
Wills Act, 1837 , Limitation Acts of 1882 ; Real Property Act 1845 , the Partition Act 1868 , the Conveyancing Act 1881 , the Settled Land Act 1882 and the Land Transfer Act 1887) .
On the strength of section 45, the English Law of Real Property was applicable in Nigeria, subject to the exceptions contained in the section. Accordingly, the English Common Law rules relating to tenures, dispositions of real property, estates, inheritance, perpetuities and a number of others became applicable in Nigeria. The same could be said of the doctrines of equity, which included the construction of wills, institution and settlement of land, legal and equitable estates and interests in land and the doctrines of notice.
One of the earliest legislations introduced by the Colonial Administration is that dealing with acquisition of land for public purposes. The first of such legislation was the Public Lands Ordinance of 1876 later re-enacted as Public Lands Acquisition 1917. The Act empowered the Government to acquire land compulsorily for public purposes subject to the payment of compensation to the land owners. The land acquired becomes state (formerly crown) land, and therefore becomes property of the state. This strategy helps the government to free land from the prevalent customary land tenure which restricts the land ownership and holding strictly to the family and communal and hardly individual. In effect land needed for developmental purposes must be compulsorily acquired by government for this purpose. The state Lands Acts or Laws empowered the Government to grant leases of state Land to private individuals. The title of such grants is therefore free from any communal claims.
A number of Ordinances were passed with the aim of acquiring land for use of government and private developments, these include Native Lands Acquisition Proclamation 1900 , the Native Lands Acquisition Proclamation 1903 , the Crown Lands Management Proclamation, 1906 , as amended, the Native Acquisition Ordinance 1917, the Niger Lands Transfer Ordinance 1916 and the Crown Ordinance 1918 . In 1935, the
Registration of Title Act of that year was enacted. This Act provided for the registration of land instruments recognized under the Act, Land Registration Act Cap 99
and the Registered Land Act 1965 was also enacted for the purpose of registration of titles to land.
In 1958 the State Lands Act Cap 45 was enacted which vested the ownership of all public lands in the state. In the Western Region, the Region enacted the Property and Conveyancing law, Cap 100 Laws of Western Nigeria 1959 . Other laws are Land Instruments Preparation Law Cap. 55 ; Land Instruments Registration Law, Cap 56 ; Administration of Estates Law, Cap. 2 ;
Public Lands Acquisition Law, Cap 105 ; Registration of Titles Law Cap. 57 ; Native Lands Acquisition Law Cap. 80 ; and Recovery of Premises Law, Cap 110. In the Eastern Region, the Land Tenancy Law 1935 was enacted. Others include; Acquisition of Land by Aliens Law, 1957 ; Land Instrument Registration Law 1963 ;
Land Instrument Preparation Law, 1963 and Recovery of Premises Law, 1963 .
In the Northern Region, series of legislations were enacted by the British Crown. The first is the Crown Lands Proclamation 1902 , which was an agreement between Sir Frederick Laggard and representatives of the Royal Niger Company under which all lands, rights and easements were vested in the High Commissioner for the time being in trust for His Majesty. This was followed by the Niger Lands Ordinance of 1916 . The next was the Land and Native Rights Proclamation 1908 which was re-enacted with amendments by the
Land and Native Rights Ordinance of 1916 . This was the position until the Land Tenure Law 1962 was enacted by the Northern House of Assembly. This Law basically re-enacted the 1916 Law with some amendments.
Additionally, various Decrees and Edicts affecting land in
Nigeria were promulgated during the military government era. We shall mention a few of these legislations. The Federal Military Government in response to public outcry promulgated the Rent Control Decree No. 15 of 1966 ; this Decree was repealed by the
Rent Control (Repeal) Decree No. 50 of 1971 . The impact of this Decree on the soaring rents in the country was doubtful. The Requisition and other Powers Decree, No. 39 of 1967 was promulgated to empower the Army and Police to requisition land and other property during the period of the emergency. The Decree was amended in 1975 to create the central and state compensation committee to deal with matters of compensation. This was followed by the State Lands (compensation) Decree No. 38 of 1968 , which deals with issues of compensation in respect of land acquired by the state. It was repealed in 1976 by the Public Lands Acquisition (Miscellaneous Provisions) Decree No.33 of that year. The last and current land legislation is the Land Use Decree (now Act) of 1978 .
Posted by CEO/FOUNDER at 12:52

Email ThisBlogThis!Share to TwitterShare to FacebookShare to Pinterest
Labels: Notes