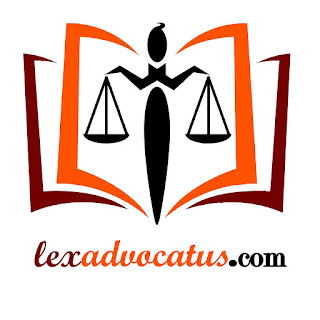 CHAPTER ONE
1.0 CONCEPTUAL FRAMEWORK
1.1 INTRODUCTION
The society in which we find ourselves is one characterized by a great degree of uncertainty and exploitative tendencies. To check all these, adequate legal framework has been put in place by various legislations. These legislations grants individuals in the society the right to join or form organizations, which in their opinion, will sufficiently cater for their interest and insulate them from all forms of ill and exploitative treatments.
Interestingly, the right to join or form associations is not just a statutory right; but enjoys the enviable position of a constitutional right. The constitution spells out the right to peaceful assembly and association. It provides thus:
“Every person shall be entitled to assemble freely and associate with other persons, and in particular he may form or belong to any political party, trade union or any other association for the protection of his interests. Provided that the provisions of this section shall not derogate from the powers conferred by this constitution on the Independent National Electoral Commission with respect to political parties which that commission does not accord recognition”.
The court, in a long line of decisions have upheld the fact that the right to associate is fundamental and as such should be respected. In the case of AKANINWO V. NSIRIM, the Court of Appeal held that every Nigerian citizen has a fundamental right to peaceful assembly and freedom of association under the constitution.
However, this right is not iron cast; but subject to some reasonable and justifiable exceptions. Also, Nigeria as a sovereign nation is a member of a host of international organizations and as a necessary consequence, respect rules and regulations made and adopted at such international fora in accordance with the principles of Pacta Sunt Servanda. Those bodies of international laws, also recognizes and respects the rights of an individual  to so form or join associations to cater for his interest. One of such association one can form or join for the primary purpose of safeguarding his interest is a Trade Union.


1.6 CONCLUSION
The right to freedom of association is one which is constitutional and statutorily provided for. This right in Nigeria is given a touch of panache by the hallowed provision of section 46 of the constitution which empowers one whose right is infringed or who perceives infringement on his right to approach the court for redress. However, the right is not iron cast as it is subject to limitations to reduce its abuse to the bearest minimum.  Also, the international arena has not folded her arms to watch this right suffer. Nigeria, being a member of a host of international organizations with a legal framework which creates the right of freedom of association is duty bound to respect such, based on the principles of pacta sunt servanda bonafide.

CHAPTER TWO
2.0 RIGHT TO PARTICIPATE IN TRADE UNION ACTIVITIES.
2.1 INTRODUCTION
As earlier stated, the right to participate in trade union activities is both statutory and constitutional. However, it should be understood that they are not unqualified rights; but can actually be derogated from in appropriate circumstances.  Section 45 of the Constitution of the Federal Republic of Nigeria makes provision for situations or circumstances where there can be derogations. Although, it is a feature of the constitution of every modern nation to have enshrined in it the fundamental rights; however, abuse is also checked by making derogatory provisions for appropriate circumstances. Also, the Trade Unions Act which regulates formation and membership of trade unions is not also mute in this regard as it makes provision for membership, exceptions and extent to which a member can participate.

2.1 MEMBERSHIP OF TRADE UNIONS
Membership of trade unions is open for all and sundry save to the extent of statutory or constitutional exceptions. Section 12 of Trade Unions Act laid a proper foundation for membership of trade unions in the sense that it kicks against every form of discrimination in trade union membership. Also, it provides that any portion of the union rule which contravenes this section shall be null and void to the extent of its inconsistency.
The combined effect of section 40 of the constitution of the Federal Republic of Nigeria, 1999 (as amended) and section 12[1] of the Trade Unions Act is the blue print or foundation upon which labour movement is built. The constitution further provides for right of access to court to ventilate claims when the right is breached or there is a perceived breach of the right. This is copiously provided for in section 46 of the constitution. In ANIGBORO V. SEA TRUCKS (NIGERIA) LIMITED, The Court of Appeal held that the dismissal of workers for not joining the trade union of the employer’s choice constituted a violation of the right of association of the workers, as it is not for the employer to choose a trade union for his employees.
From the foregoing, it can be seen that non-membership of any association should not be a basis for meting out ill treatment to people. Membership or otherwise of trade unions is not also a platform for the denial of privileges due a worker in an industrial environment.  From this provision, it is evident that a worker cannot be dismissed on account of membership or non-membership of trade union.
2.2.1   LIMITATION OF RIGHTS OF MEMBERSHIP
Limitations placed on the right of association are not by any stretch of imagination.  It is provided for in the constitution itself.
The constitution has laid the foundation for statutory instruments to govern membership and set limits on trade union membership; and even as a member the extent to which you can go. Limitations on rights of membership can be summarized thus: