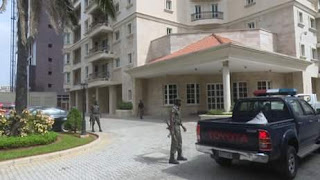 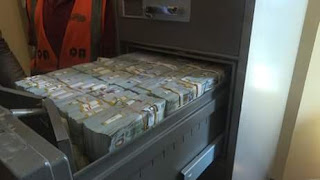 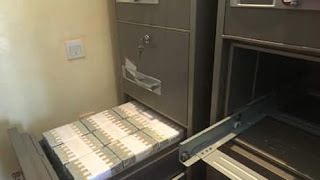 $50 million was discovered in a residential building located at Osborne Towers, Ikoyi, Lagos, by the Economic Financial Crime and Commission (EFCC),it is alleged that the building belongs to Ahmadu Adamu Mu'azu, a former National Chairman of the People’s Democratic Party (PDP).
Mu’azu was also the governor of Bauchi State in Nigeria between 1999 and 2007.SaharaReporters claims that a reliable sources close to Mu’azu have confirmed to them that the former PDP chairman owns the building.

While in Lagos, he lives on the penthouse on the building, a source said. Other residents of the house are former Chief of Air Staff, Adesola Amosu, Esther Nnamdi-Ogbue, a former Managing Director at the Nigeria National Petroleum Corporation (NNPC) and Godwin Obla, a senior lawyer and former prosecutor to EFCC.
Obla was recently arrested and charged in connection with irregular payments to Justice Rita Ofili-Ajumugobia one of the judges also arrested and undergoing trial in the ongoing probe of corruption in the judicial sector, while Ogbue was one of the NNPC senior officials fired yesterday in connection with Ifeanyi Uba’s crude oil sale scandal.
Recently, Obla’s son got married to Esther Nnamdi-Ogbue’s daughter in Lagos.
The breakdown of the money found in the house is $43.4m, £27,800 and N23.2m.
The commission raided the building after they were secretly informed by a person who had suspected the continues movement of bags in and out of the premises.
Posted by CEO/FOUNDER at 01:05