The law of Equity 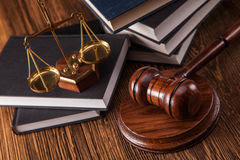 CONCLUSION
Without doubt equity is a just and fair legal doctrine. Its independence can be viewed from its origin, how it has come to be. It will be considered that equity will with its entire equitable jurisdiction stray without the common law. The fairness and justness of equity hence does not guarantee its independence, it is with the view of Hood Philips that equity will stray. However, the effectiveness and sanctity of a principle is in its ability to stand on its own without incessant recourse to another. Equity as a legal doctrine should be independent; it cannot for the reason of its sole reliance on the common law. Its principles are integrated into the end of the law. The law is set out to do justice whereupon equity has come to perfect. It is sufficient then to say that both are interdependent just as they are fused.

CRITICALLY ANALYZE THE ROLE OF LAW IN THE 21ST CENTURY
INTRODUCTION
The 21st century comes with challenges which ordinarily would be impossible to tackle without the use of a coherent and coercive mechanism. The century comes with sophistication. The role of law in the society is to ensure peace, order, and to do justice in every stance. In the 21st century law has been turned into a sophisticated instrument owing to the fact that the century itself is sophisticated. The rate and standard of crime in the 21st century society cannot be likened to those that were prevalent in the past centuries. The advancement of the society and everything therein makes it expedient for the law that will have binding effort to be raised to that standard.
WHAT IS LAW?
Technically, law is “a rule or body of rules made by institutions, bodies and persons vested with the power to make such rules which are binding and enforced among the members of a given state or society.” Law is something that is binding and affects the life of the members of a given society. Any society in which human beings associate for any length of time requires some mechanism to secure this collective stability which will further concretize into the social relationship that will keep such society in existence. Law is an instrument used in ruling and keeping the society to be and remain together. It has a coercive power to ensure that everyone living in a society conforms to the provisions therein. By nature law is normative, coercive, and a body of rule which must be observed to the letter.
In the words of Sir William Blackstone, law “is the rules of action which is prescribed by some superior and which the inferior is bound obey.” In this regard the purported inferior are not necessarily and literally inferior, and vice versa, rather, it is an arrangement that the purported superior should make laws which shall be binding on the inferior buy the reason of the powers given to them (by the inferior) to do so. Such laws are seen to be supreme over every authority. The 21st century is not an exception in the practice of the supremacy of law however the century is thriving. All over the world laws are passed to salvage the society from different challenges that are thorns to the society. In the 21st century the various functions of law are being utilized in curbing and salvaging the century. Law is an instrument for regulating the society when the situation in the society is calamitous and unlawful.