RSU Update: Faculty Of Engineering Reveals Date Of Her Election 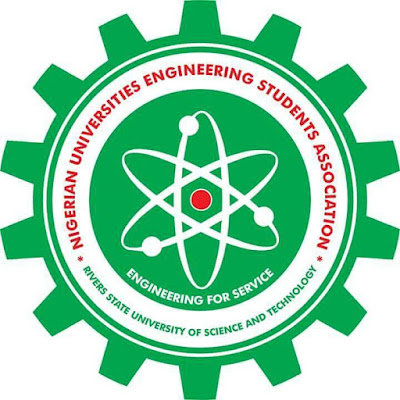 Members of the Electoral committee in charge of the Nigerian Universities Engineering Students Association (NUESA) elections in the Rivers State University on Saturday released a publication notifying the student community about the upcoming NUESA elections on campus.


Reacting to a notice made public round the school premises, our correspondent reports that there has been a shift in date for the upcoming NUESA elections.

The publication which was signed by members of the Electoral committee reveals that purchase and submission of form will end on Wednesday 21st June, 2017 at 12pm as screening of aspirants follows afterwards by 2pm while Thursday 23rd June is scheduled for the proper election.

In another publication also circulated around campus shows that candidates vying for various position can get referees from any departmental executive provided they are Engineering students.

See pictures below for more details: 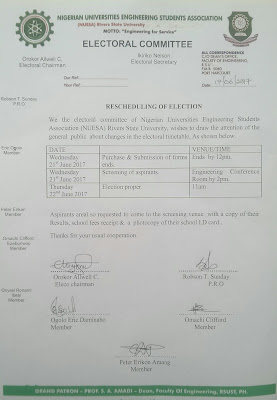 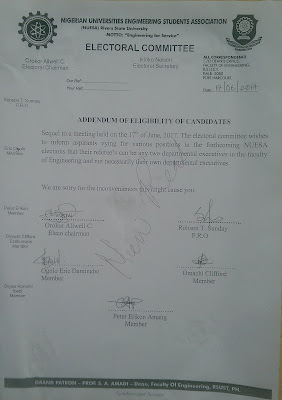