Jul 28, 2017 10:54 PM
- A monarch in Ogun state has been murdered by assassins
- He was said to have been killed on the road between Ijako and Isagbo in Oke-Odan area
- The monarch was also said to have been set ablaze after he was murdered
Patrick Fasinu, a traditional ruler of Owoland in Yewa south local government area of Ogun state, has been assassinated.
The monarch was said to have been brutally murdered on Wednesday on the road between Ijako and Isagbo in Oke-Odan area, Premium Times reports.
The Ogun state Police spokesman, Abimbola Oyeyemi confirmed the incident to Premium Times.
‎”It was gathered that the monarch was coming from Ilaro but dropped his driver somewhere in Owode and drove alone towards Owo only for him to be attacked on the road where he was killed and set ablaze with his car,” Mr. Oyeyemi said.
The police spokesman said the command had commenced investigation of the killing.
Posted by CEO/FOUNDER at 16:02 No comments:

Miranda right and application in Nigeria 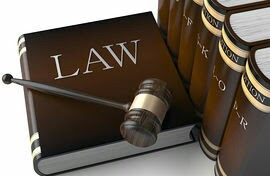 MIRANDA RIGHTS AND ITS APPLICATION IN NIGERIA

You must have heard this phrase before:

'You have the right to remain silent or avoid answering any question, for whatsoever you say would be used against you in the court of law'.

This is popularly called Mirandizing, first developed in the case of MIRANDA v. ARIZONA. In that case, Miranda was arrested by Phoenix Police based on circumstantial evidence linking him with the rape and abduction of an 18-year-old woman. Miranda signed a confessional statement to the rape charge, at no time was he informed of his right to keep silent or avoid answering any question, or his right to an Attorney. At trial, his counsel argued that the statement was not voluntary as Miranda was not informed of his right against self incrimination and to an attorney as guaranteed under the 2nd and 3rd Amendment of the US Constitution.  The trial court rejected the contention holding that the statement was admissible in the absence of any evidence of an inducement or threat of any kind.

On appeal to the Supreme Court, the Learned Justices in a leading judgement reversed the decision of the court below, it held that the statement was not voluntary and thus inadmissible, as Miranda could have chosen to keep quiet rather making a statement had he known he had a right to keep silent. That the cautionary words must be said to the defendant, he may however waive this right and make a statement,  but if he is not cautioned, any statement obtained is inadmissible.

Justice Goldberg in a dissenting judgement, stated that the leading justices were overreacting, and that maintaining such radical position was not in the interest of justice. He stated that for a court to determine whether a statement obtained without caution is admissible,  it ought to look at the 'totality of the circumstances' and if it is in the opinion of the court that the accused was not prejudiced the statement ought to be admitted. This view seems to have adopted by most courts. (See Rhode Island v. Innis, Berkermer v. Mc Carty, NewYork v. Quarles)

WHAT ARE MIRANDA RIGHTS?
These are the rights of an accused person to:
1. Be informed of the purpose of his arrest immediately upon arrest.
2. Keep silent or avoid answering any question.
3. Obtain a legal practitioner of his choice or where he is indigent be provided one for free.

MIRANDA RIGHTS IN NIGERIA
These rights are guaranteed under:
1. Section 35 and 36 of the Constitution of the Federal Republic of Nigeria 1999 as amended.
2. Section 6 of the Administration of Criminal Justice Act 2015

WHAT ARE THE EFFECTS OF MIRANDA RIGHTS

1. ANY ARREST IN CONTRAVENTION OF MIRANDA RIGHTS IS UNLAWFUL.
What is shown in Many Nollywood movies is that when a person is arrested, he is told he will be informed of the purpose of his arrest when he gets to the station,  this is somewhat wrong, the intendment of the law is that a person be informed immediately of the purpose of his arrest, the only exceptions being where he is caught in the course of committing an offence or immediately after, or after escaping lawful custody.

2. ANY STATEMENT OBTAINED IN CONTRAVENTION OF MIRANDA RIGHTS ARE INADMISSIBLE
This is however subject to exceptions.
Posted by CEO/FOUNDER at 12:00 3 comments: