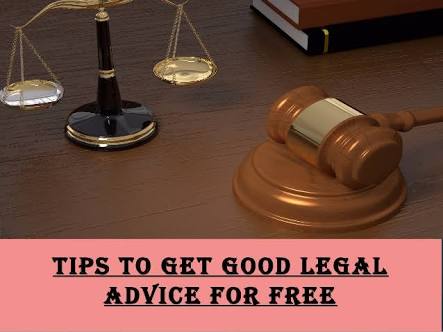 RRisks and rewards drive choices. Legal questions also require an understanding of the gamble and rewards. In litigation, for example, you often take your chances with the random assignment of a judge.
The judge may manage her courtroom strictly or loosely, or she may be known to rule impulsively. Risks can include the likely jury composition based on their values and outlooks. Another downside could also be the financial resources of the opponent. Those funds may be available to pay a sizeable verdict, but they are also available to defend the case aggressively before the case reaches trial. Or conversely, the opponent may go bankrupt at the end of the litigation.

Assessing risks and rewards is much like an underwriter evaluates a credit risk by assigning a credit score. No case is perfect, but when appraising it, the dollar amount marked as the "target" value should accurately incorporate both strengths and weaknesses.

A competent legal counselor will carefully review the law and evidence with his clients at various stages of litigation. This review is similar to a frequently used market valuation used in business, known as "SWOT." The acronym is "Strengths, Weaknesses, Opportunities, and Threats." This process is often run backward from a future time when a judge, arbitrator or jury will be making a decision. The process is always one of asking what evidence do we have and does the evidence satisfy the requirements of the law? For example, is this witness a convincing witness who will make a positive impression on the witness stand? Maybe the question will be whether a judge will allow evidence into the case, such as evidence in an age discrimination case that the employer has discriminated against older workers in similar circumstances in the past?

Sometimes the risk is that juries in a particular jurisdiction are known to favor employers or corporations and to be unsympathetic to lawsuits by employees. A good counselor will have information about the likely jury pool, judge, or arbitrator. He will also get information about what verdicts have been for similar cases in that jurisdiction.

An effective counsel will reassess risks and rewards as the case progresses, and as she obtains new information. Witness statements, newly discovered documents, expert opinions, and cash reserves can be reasons for a material shift in valuation.

All my clients must also evaluate their level of resolve to press on with the case to a conclusion by arbitration award or verdict. The opponent will use every available negative piece of information to discredit the Plaintiff. An aggressive adversary will try to frighten and humiliate a party with embarrassing facts, such as a past arrest or incarceration, addiction, a job firing or a psychiatric history. Often this information can be excluded from evidence, but the client must be resilient enough to accept that the other side will use these tactics to shift the focus from its wrongdoing.

Capable legal counsel will know and articulate the opponent's arguments from the outset before the case is filed or served. Just as importantly, counsel must have the courage to weigh the evidence as it comes in by documents and witnesses and to tell the client the case may not be as air-tight as first thought. This candid reassessment is a service because it grounds the client in reality, and saves the client the time, emotion and effort of a protracted battle without the desired payoff.

In my office, we role-play. We as attorneys not only make the opponent's case, but we play the part of the witnesses, seeing the battle through their eyes and with their emotions. We ask our clients to engage with us in this pre-trial drama, as if they were the opponent, telling the opponent's view of things as the client will likely hear it from the witness stand.

Most clients find this role-playing difficult. But as we remind them again that they are "out of character" they return to making the opponent's testimony, however much they disbelieve it. One positive outcome of the exercise is the client's appreciation that there is another plausible narrative vying for acceptance by the arbitrator or jury. This deeper understanding gives the client the power to assess risks more accurately. This knowledge, in turn, helps the client set the best settlement target.

In conclusion, legal counsel will guide his or her client to reach a target number for settlement. If that they cannot achieve that number, both attorney and client can feel confident going forward that trial is the best option.